The Houston Astros went from losing 111 games in 2013 to becoming World Series champions last year, capturing the first title in the franchise’s history.

The moment the Astros defeated the Los Angeles Dodgers in Game 7 of the World Series has been captured by Major League Baseball-sanctioned artist Opie Otterstad in a painting that is part of a collection of pieces commemorating the championship.

The painting depicts the moment the Astros stormed the field at Dodger Stadium to celebrate beating the Dodgers 5-1 in Game 7. A limited-edition print of the painting will be given to members of the Astros.

The public can preview the piece as part of the Astros World Series art collection from 2 -5 p.m. CT on March 31 at Off the Wall Gallery in Houston. The exhibition will run through April 15.

Otterstad, a Texas native, has been commissioned for many of MLB’s events, including the Chicago Cubs’ 2016 World Series victory. 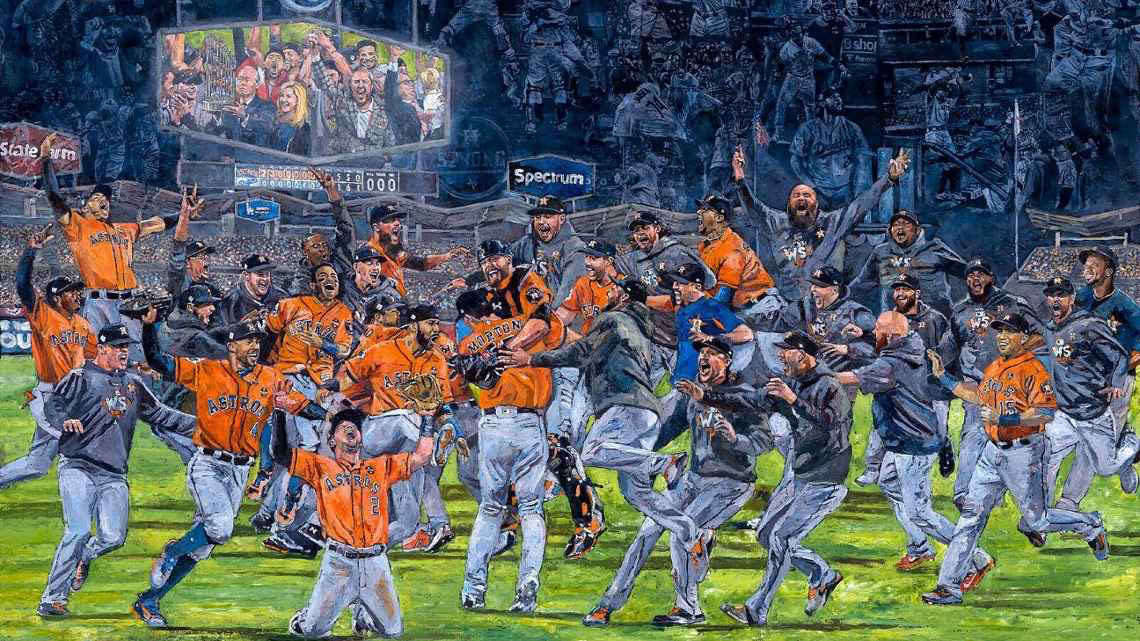